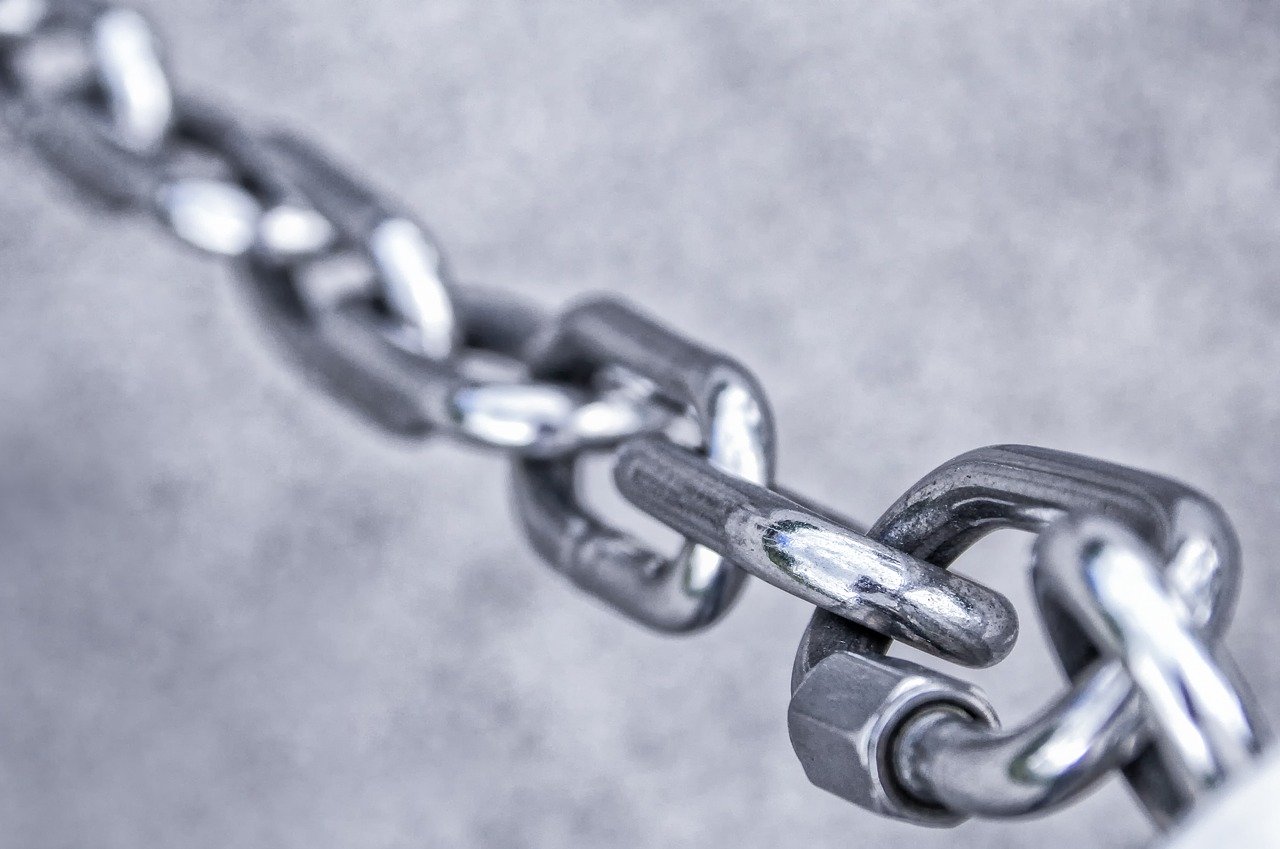 We can’t compute partial derivatives of very complicated functions using just the basic matrix calculus rules we’ve seen Blog part 1. For example, we can’t take the derivative of nested expressions like sum(w + x) directly without reducing it to its scalar equivalent. We need to be able to combine our basic vector rules using the vector chain rule.

In paper they have defined and named three different chain rules.

Chain rules are defined in terms of nested functions such as y=f(g(x)) for single variable chain rule.

There are 4 steps to solve using single variable chain rule 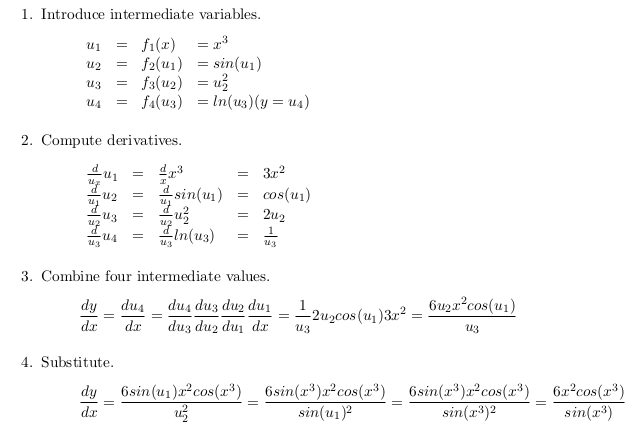 It is to compute the derivatives of the intermediate variables in isolation!

we move to total derivatives.

which is to compute (dy/dx) , we need to sum up all possible contributions from changes in x to the change in y.

Formula of total derivative can be simplified further.

This chain rule that takes into consideration the total derivative degenerates to the single-variable chain rule when all intermediate variables are functions of a single variable.

derivative of a sample vector function with respect to a scalar, y = f (x). 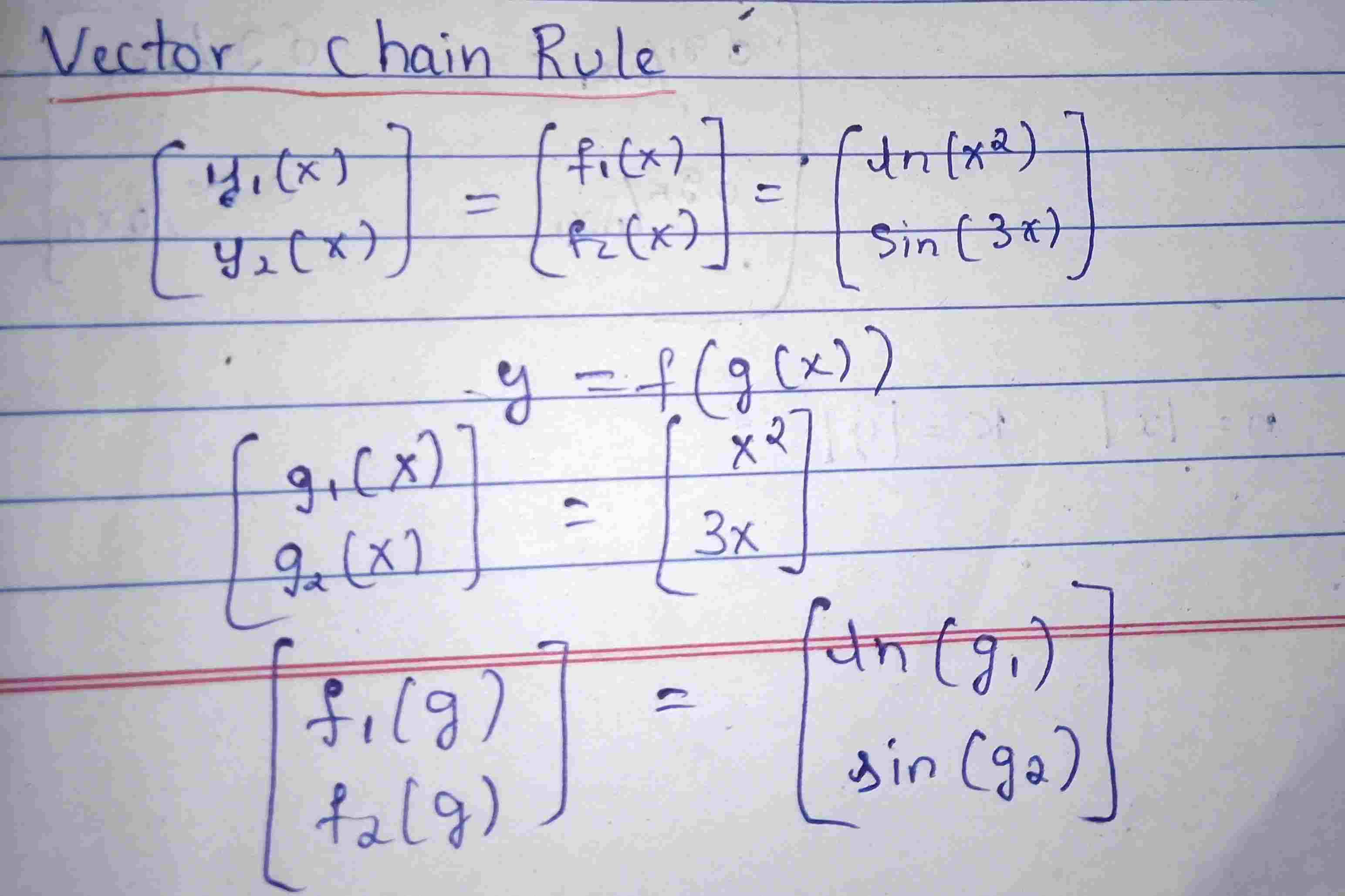 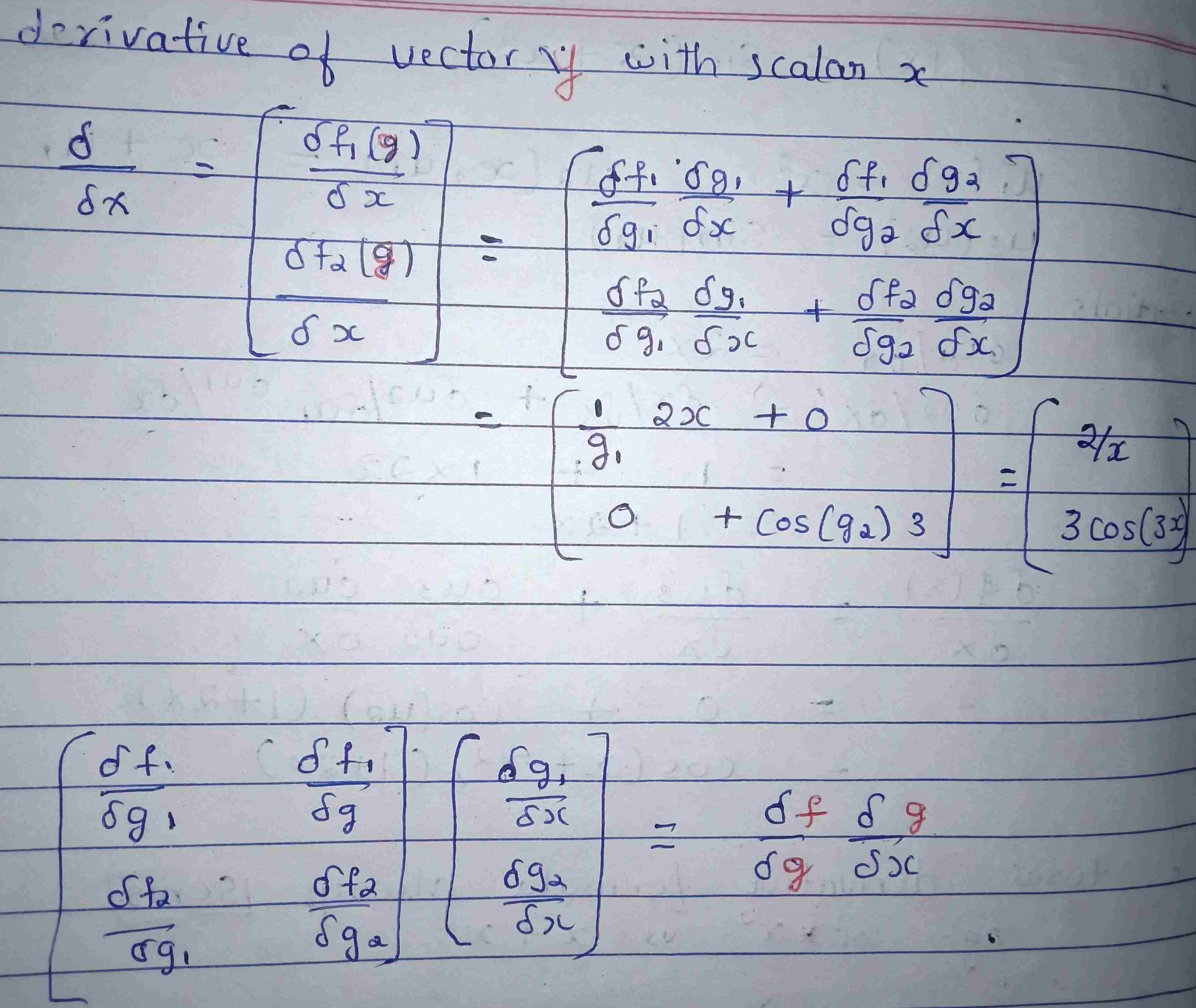 If we split the terms, isolating the terms into a vector, we get a matrix by vector. 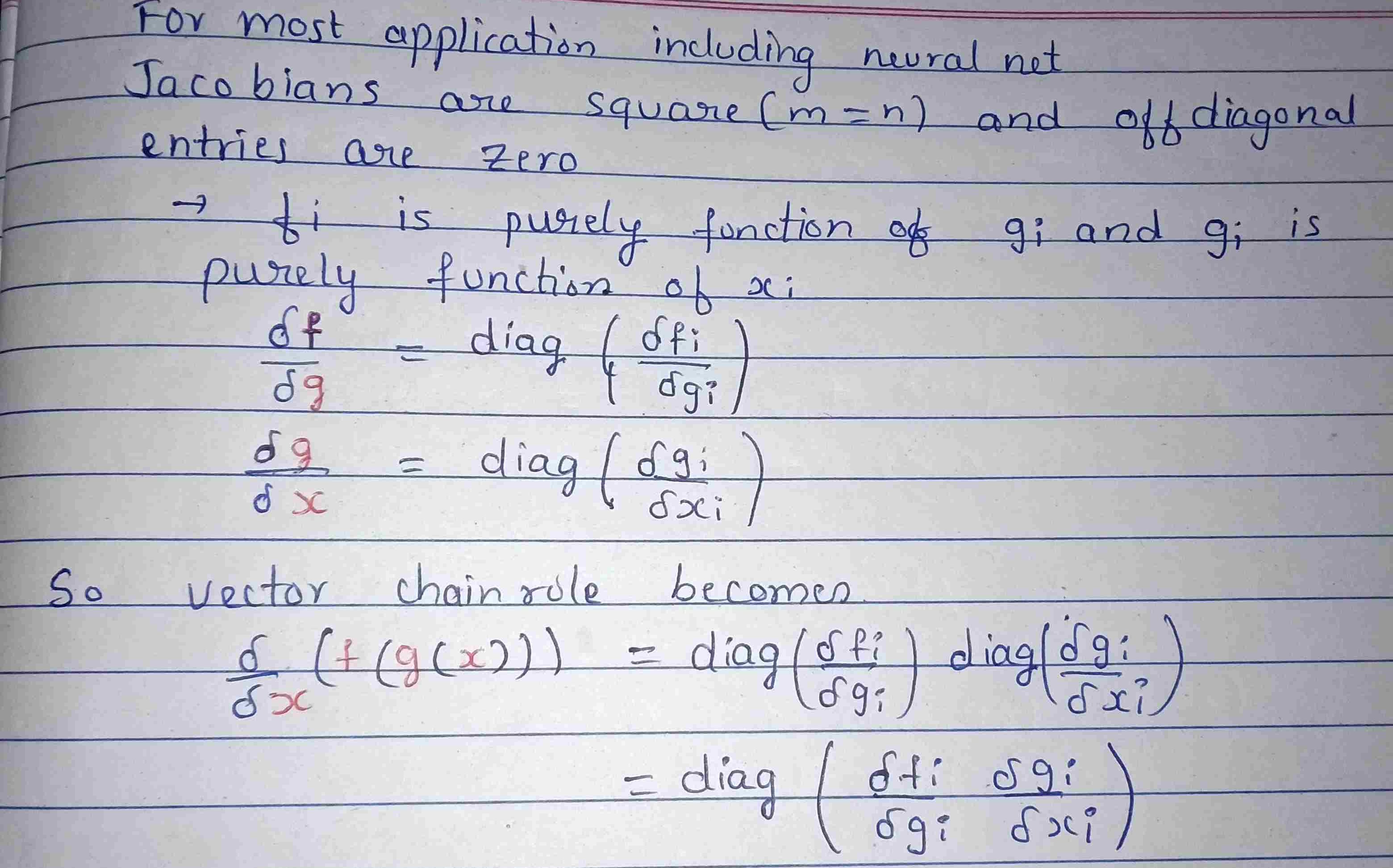 This completes chain rule. In next blog that is part3 we will see how we can apply this gradient of neural activation and loss function and wrap up.

It is difficult while writing blog in markdown to convert to superscript and subscript so I have listed down , which you can use ( copy paste) in your markdown